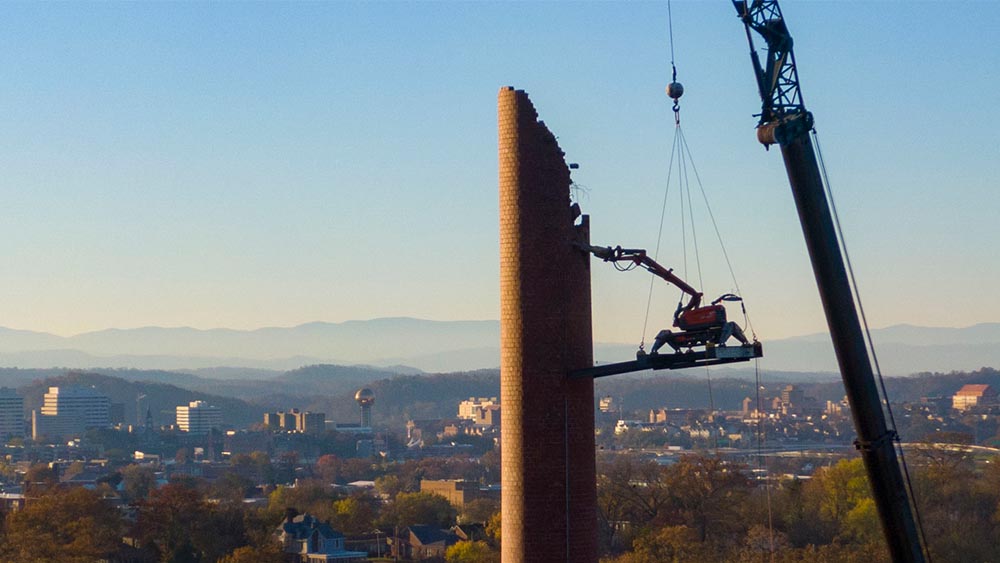 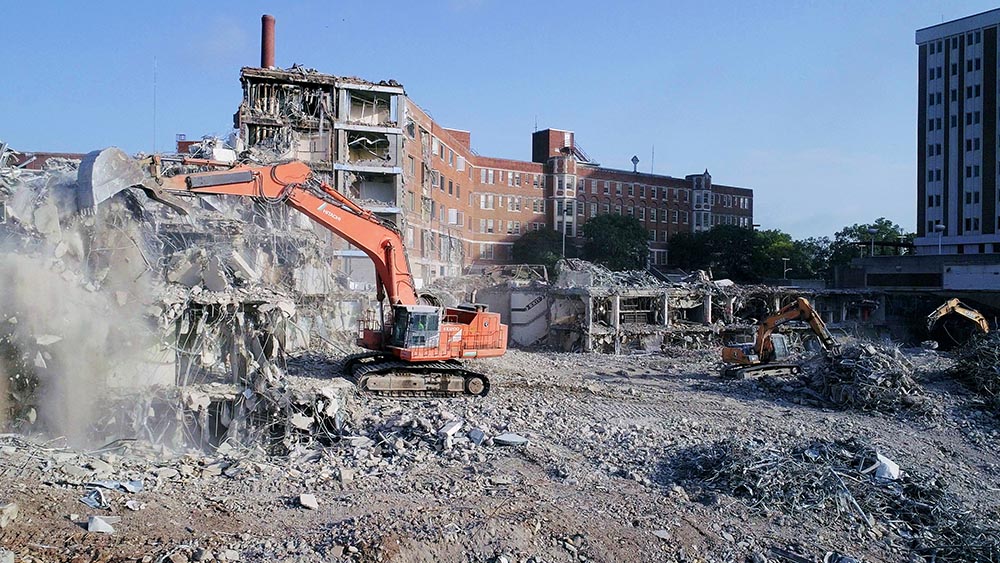 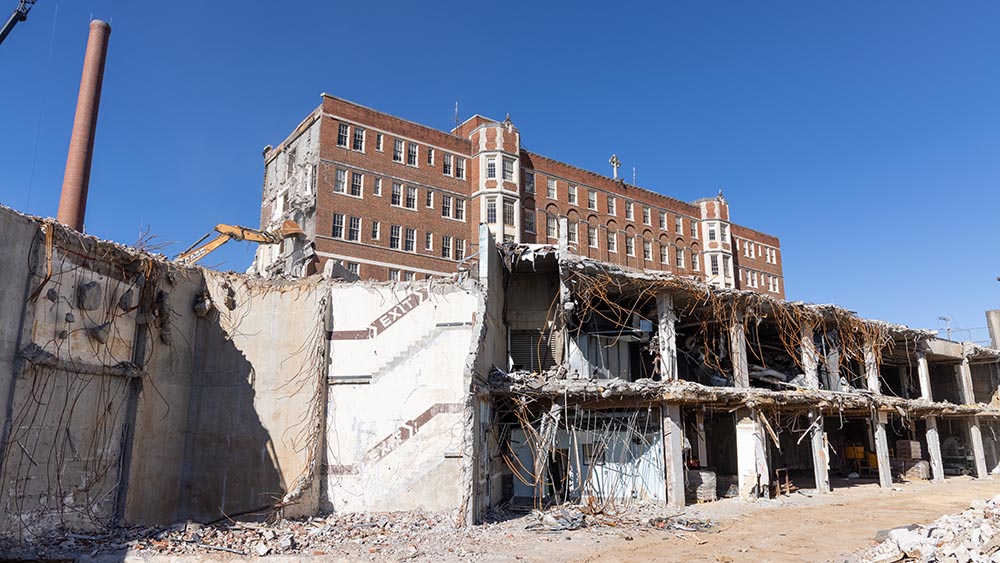 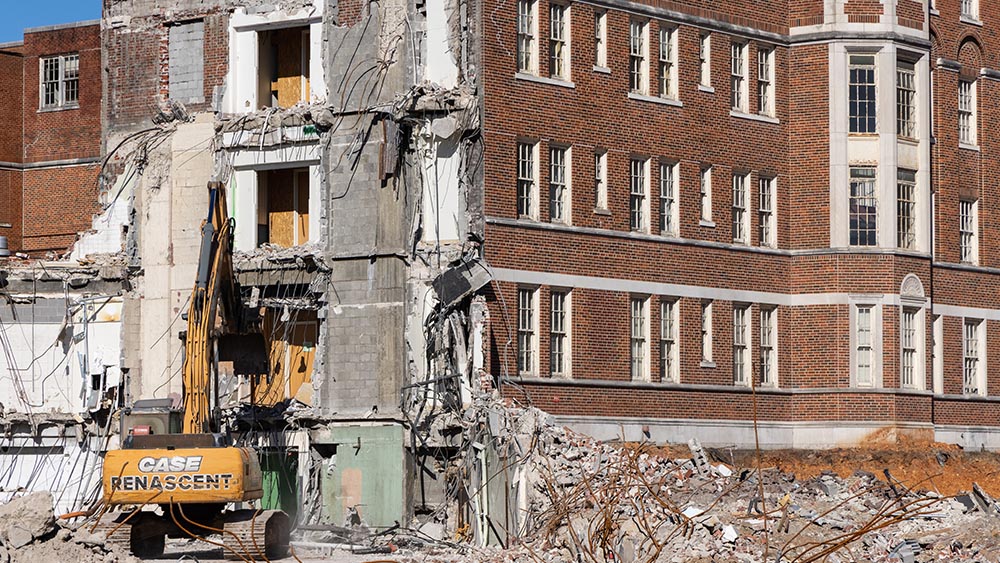 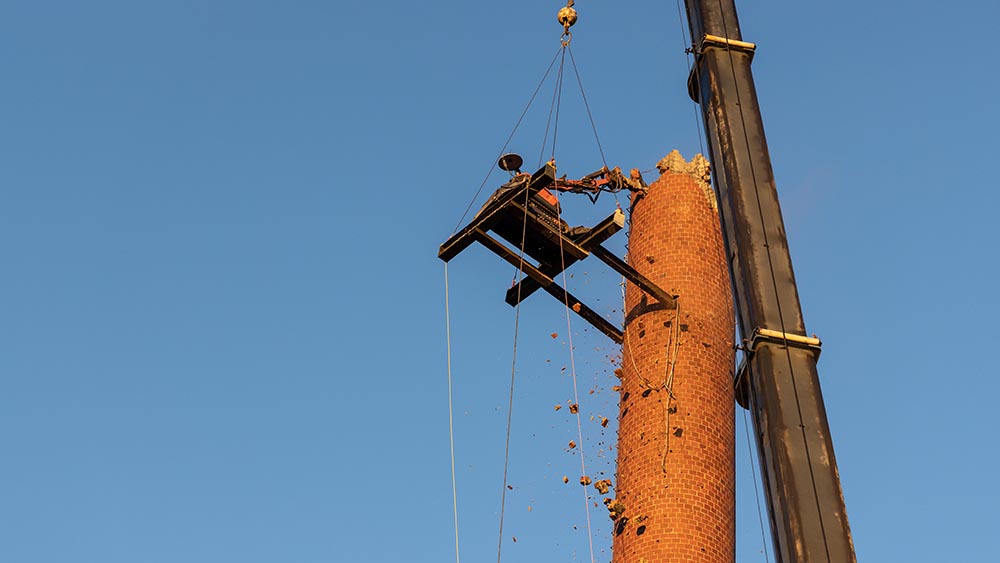 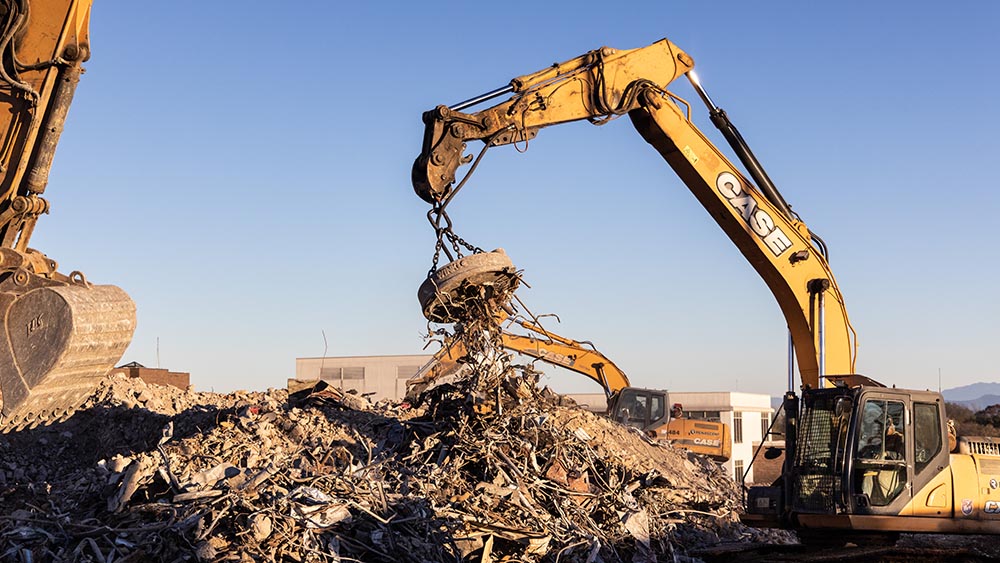 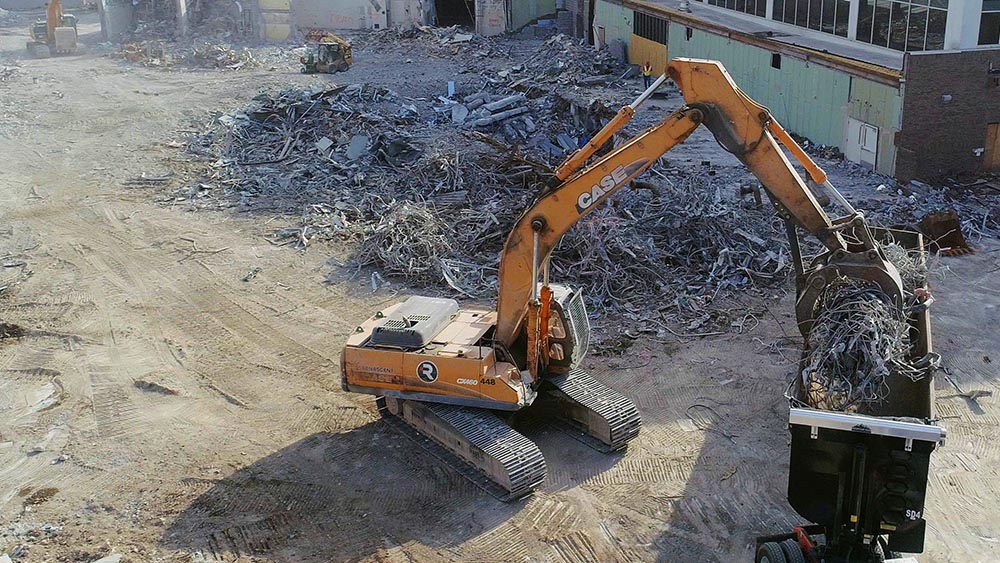 Project included abating and demolishing most of an old hospital campus covering 8 acres, many buildings dating back to the early 1930s. Once abatement and interior gutting was complete, Renascent performed selective demolition to separate buildings that were staying from those that were being demolished. This included historical salvage of the 1929 original hospital wing as well as several other historical items. Renascent also demolished a 180-foot brick smokestack using a demolition robot. All concrete was processed and reused on site.